[Planet will cause Mass Destruction Prophetic Warning. Is this the Planet X that so many are warning about? I don’t know if it is or not nor do I know the scientific data, but I do know what YAHUVEH told me and the anointing hit me as I wrote the below.]
PROPHECY 72

Foolish man to think you can use mathematics to calculate the date that I, YAHUVEH will use a planet in MY wrath to cause mass destruction to MY enemies. A word of prophetic warning to the rich and powerful who think they will be safe in the underground cities full of your treasures stored up, delicacies of food, etc. The underground cities you built and are still building will be your watery tombs and you shall die with your treasures of earth and I, YAHUVEH, have delayed that judgment for the prayers of the true believers in YAHUSHUA’s Name, those obedient, walking Holy before ME will be spared and I have had mercy thus far for the sake of MY Children that call out for more time to reach more souls for the Kingdom of Heaven.

Remember I, YAHUVEH, send forth MY Apostles and Prophets to warn before I send MY wrath. It is your choice whether you listen and obey but know this, all shall reap what they have sown good seed and bad seed alike.” 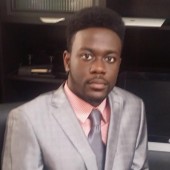 Prophecy 40 – Don’t Be Part of the Counterfeit Bride! If you are…FLEE!

Prophecy 28 – Are You One of My Hidden Ones?

Prophecy 118 – Beware, The Great Tribulation Is A Breath Away!